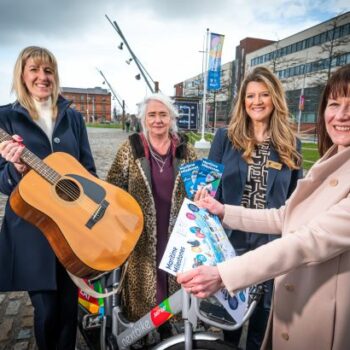 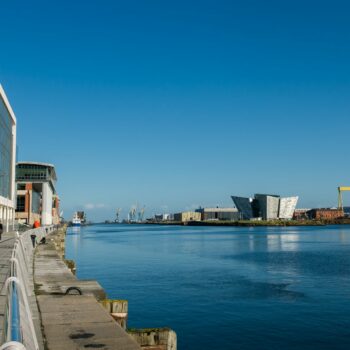 Titanic Belfast was the first phase of the Maritime Belfast Trust’s ambition to develop Belfast’s waterfront as a vibrant, accessible heritage destination

Maritime Belfast is responsible for managing the operator contract for the Titanic Belfast visitor attraction. We ensure that the operator of the visitor attraction, Titanic Belfast Limited, maintain the iconic status of the building and provide an innovative world class visitor experience to local, national, and international visitors. Titanic Belfast has met all its objectives to date, and since opening has welcomed over 6.5 million visitors from 145 countries, generating more than £430million in additional tourism spend of the Northern Ireland economy.

The success of Titanic Belfast has allowed Maritime Belfast to work on numerous other projects including the restoration of the former Harland and Wolff Drawing Offices – now Titanic Hotel Belfast, the acquisition of SS Nomadic, and the restoration and installation of the Great Light, as well as expand and develop our destination work.