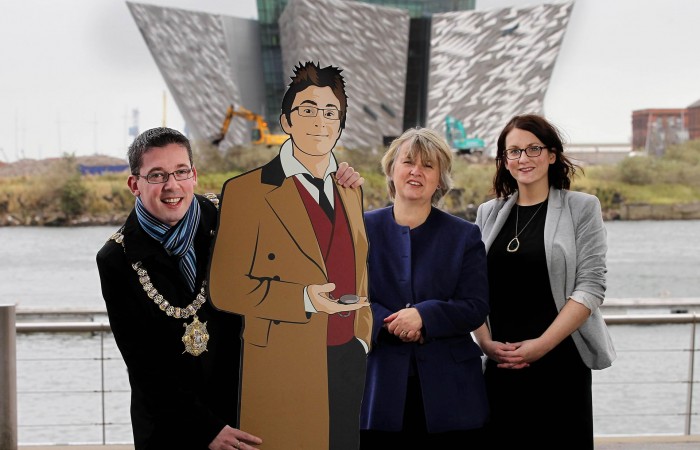 Maritime Belfast teamed up with Belfast City Council and W5 to develop a bespoke comic to tell the story of Titanic and learn about the new Titanic Belfast attraction.

Primary Six and Seven pupils across Northern Ireland were asked to help design a special comic telling the story of the Titanic Time Traveller, the building of the famous liner and her ill-fated maiden voyage. Pupils spent a day in W5, where they took a visual Titanic journey and visited W5’s “Designed and Built in Belfast” exhibition. Pupils were introduced to the Titanic Time Traveller, learnt about comic writing and drawing and had the opportunity to put forward ideas for W5’s special comic telling the story of Titanic.